A New Day for South Africa 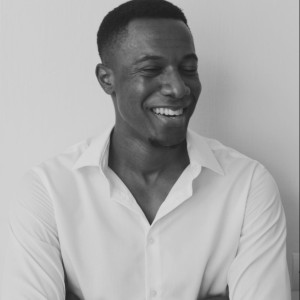 In a surprising turn of events, Jacob Zuma , the embattled South African president, agreed to step down on Wednesday after a presidency plagued by scandals.

Things had been looking increasingly grim for Zuma since the election of Cyril Ramaphosa ,a business tycoon and anti-apartheid icon, as president of the African National Congress(ANC) at a national conference back in December 2017. Ramaphosa’s election essentially turned Zuma into a lame-duck president and set off a shift in power within the ANC with power gradually flowing away from a politically weakened acting president with a waning gravitational pull, and towards an incoming president able to lure allies with promises of political posts and patronage. If many observers expected Jacob, ever the political Houdini, to see out the rest of his term, Cyril Ramaphosa and the ANC quickly moved to edge the current president out of the picture.It is believed that Zuma largely resisted overtures to leave up until this Wednesday, when he gave an impromptu interview arguing he had ‘done nothing wrong’but as the days went by, and facing the possibility of impeachment at the hands of the ANC dominated parliament, the 75 year old president finally decided to step down.

It is a disappointing end for a wily politician , expert at the art of deflecting political blows, surviving political challenges, and still very much loved by many poor South Africans where he remains a much respected figure. Ultimately however , he was unable to avoid mounting pressure, and a party-his party- reeling from his presidency and wary of growing weaker in the last months of his presidency. The ANC moved in order to avoid losing any more ground in upcoming elections, the ANC having had its monopoly on south African politics weakened under Zuma to the point that many observers now believe that, for the first time since the end of apartheid, the ANC could lose in a national poll largely thanks to growing dissatisfaction with the party and the state of the south African economy.

If ,to some , Zuma’s stunning reversal in fortune, may signal the triumph of democracy , and the victory of a vibrant south African civil society, ultimately it was a powerplay by his own party, motivated by an instinct of survival and a fear of being dragged into a humiliating political defeat by a deeply unpopular president, which sealed Zuma’s fate. Thoughout his career survived countless votes of no-confidence set up by political opponents ; mass protests, organised by the civil society; a downspiralling economy, with incredibly high levels of unemployment ( 50% amongst youths); a weakening national currency, causaed in large part by fleeing investors unsettled by chaotic appointments, and policies.

Through all this, the members of the ANC stood by him steadfastly, giving him just enough of a life-line he needed in order to keep his presidency afloat. Effectively, they stood by him- until they didn’t.

Essentially an embattled political movement found itself having to decide between its charismatic but politically toxic leader and remaining a dominant political party. It chose the latter, and in Zuma’s fall from grace we find another example of a liberation movement facing a crisis of legitimacy , jetissoning its leader in an effort to reinvigorate itself. We have seen it in Angola, and we have seen this before in Zimbabwe.
Countries where the ruling parties, face growing dissatisfaction from an increasingly young population, for whom the historical landmarks these liberations parties draw their political legitimacy from count for very little, and as such, try to repackage themselves as a force for change on a platform of fighting against corruption and mismanagement.
To effect this change, Zuma had to go as he increasingly represented everything wrong with an ANC which was thought to have forgotten its roots and which was crippled by cronyism and corruption.

The outgoing president will hardly be missed. This is a president who has been dogged by accusations of corruption all through his political career as with an arms deal many years ago which was, conveniently dropped to enable him, to run for presidency. This is also a president who was tried for raping a family friend, and who claimed he could protect himself from contracting aids by having a shower.

In recent years, Zuma’s close links with the Gupta’s, a family of businessmen, have been making headlines, and are now the subject of intense investigations.
But it is perhaps for the, 20 million dollars’ worth of taxpayers money invested in renovations to his estate in Nklandla for such things as an amphitheatre, a swimming pool, a cattle culvert, and VIP car park, that Zuma will perhaps most be remembered. This particular incident was undoubtdedly a flashpoint in his presidency, his refusal to pay back taxpayers for the renovations leading to mass protests .

Zuma has left an ANC party and a south African nation significantly weaker than when he found it.
The ANC , the party of Mandela, has largely failed in its remit to uplift the largely black population and provide better economic conditions.

It has become a party under whose helm Gaps between rich and poor have increased since the end of apartheid and the economic spoils have largely gone to a small black elite, who have profited while doing very little to open opportunities for black people.

A party which has been willing to trumpet its role in ending apartheid all the while willing to use apartheid era laws, like the ‘common purpose’ doctrine, to sanction its people as happened at Marikana , where after 34 striking miners were killed by police gunfire , the common purpose doctrine was invoked to charge 270 arrested miners, who had also taken part in the strikes, for the deaths of their fellow miners .
Internationally South Africa has long been something of a soft giant in Africa , almost reluctant to slip into the role of African leader, and be a moral beacon for the rest of Africa. Internationally and regionally it’s voice has been erratic perhaps mirroring its domestic troubles.

The man who is taking over from Zuma, Cyril Ramaphosa, is an ex labour organiser Mandela once considered for the role of deputy. Reformed as a successful business man, he has campaigned as an advocate for change and an enemy of corruption( he once called corruption a ‘curse and a monster’). He will take over a deeply divided ANC with many party members still fiercely loyal to Zuma ultimately raising the question of just how much freedom he will have to enact change,but with Zuma gone, South Africa has a chance to start afresh , and should Cyril Ramaphosa fulfil his promise and effectively tackle corruption in the political apparatus, then he will be able to give the ANC a new lease of life, and ensure that ,one day, the ANC will become what it has aspired to be: a tool to provide real and tangible economic empowerment to millions of south Africans and be a motor for development for Africa..

Remote working is on the rise. By some estimates the number of people working remotely in America including freelancers will form a majority of the US workforce by the year 2050, and globally the trend is towards increased remote working as the internet allows company to connect with freelancers across geographical zones. In the face of this new reality we have sought out some experts to share their tips on how to make the most of working remotely for freelancers.

All articles loaded
No more articles to load

In a thrilling encounter , Ajax and Juventus draw at the Johan Cruijff Arena

All articles loaded
No more articles to load
Close Menu